Being a blogger with her finger on the cultural pulse, I thought it time that I jump on the Bandwagon of the Undead. It seems like every other book on Amazon is about vampires and werewolves and all manner of surprisingly salacious entities. Who would have thought that so many female readers would become all a-quiver at the thought of a snog with some sneery-lipped badly-coiffed young fella? There you go. I mean, today's popular culture gets it all wrong - no comfy naps in coffins. No bats. No swishy cloaks. And none of the vampires delight in counting, which - as every child who watched Sesame Street knows - is the first thing you learn in Vampires 101.

Thus I seek to redress the balance with this, my opus:


Skylight: The Yarnpire Chronicles
A story about a clumsy, awkward teenager called Nellie, a student at a typical American highschool, where the Cool Kids wear uniforms of various sporting ranks and the Uncool (as well as the Undead) skulk along the corridors and hide in their lockers. All cheerleaders are wicked, anyone who plays American football is thick and all they ever talk about is the prom.*
* NB: I didn't actually go to an American highschool, so I'm basing this on films like Grease and Mean Girls - so it has to be right. Right? 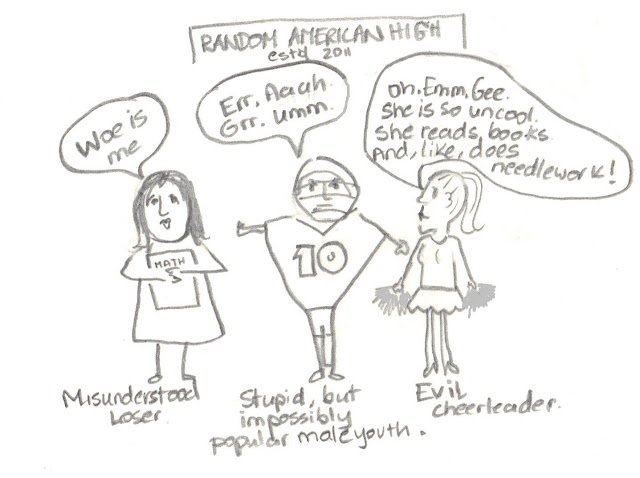 But one day, a new student arrives at the school. Oh, the mystery! 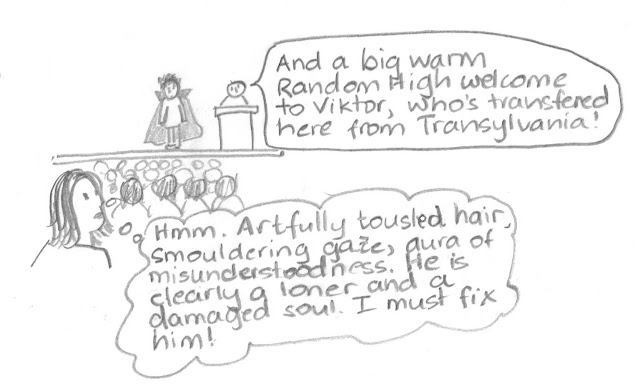 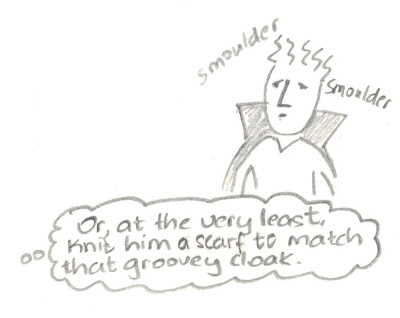 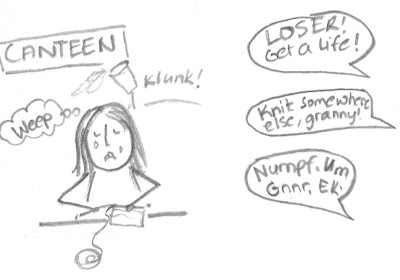 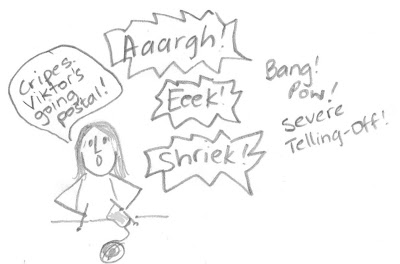 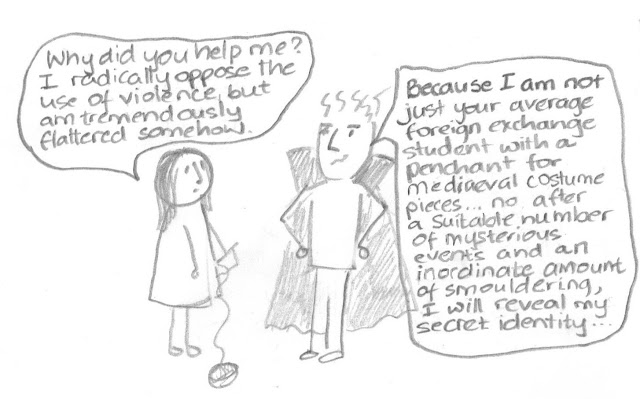 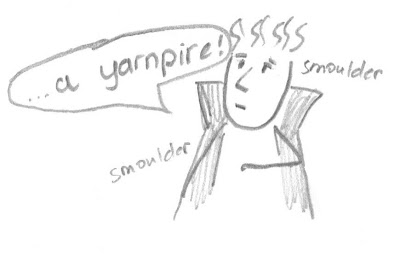 Posted by The Gingerbread Lady at 1:38 AM

Just a wee change..we don't have canteens, but cafeterias....a canteen is a bottle that holds water on a hike..or in the 40's a snack shop..

lol! I go to Amazon and look for the free kindle books and so many of them are about vampires too.

Oh my hearts all a-flutter..(as she swoons dramatically onto the couch upsetting her yarn basket in the process)

Hysterical. What a hoot. Can't wait for the next bit.

Yes, ladies - very unexpected stuff. I was even surprised myself!
@ Gracie: oops. Darn it! And the rest of it was sooooo authentic (hehe!!)

Yarnpire vs yarnpile to come? With his trusty crochet hook? Or am I thinking wizards...

You have started my day well with the first of many chuckles. I look forward to the next installment. Ta!

OMG...coffee nearly shot through my nose! That is so friggin' FUNNY!!!

Love it!!! Keeo it coming it made my day better after reading this.

Can't wait for the next installment. Loved it!

I can't wait for the sequel!