What's going on, people?
There are owls everywhere: 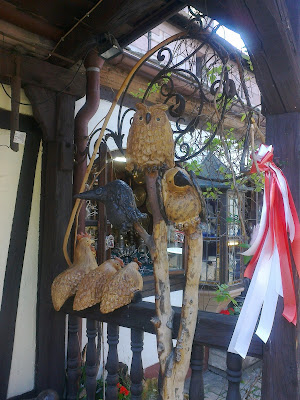 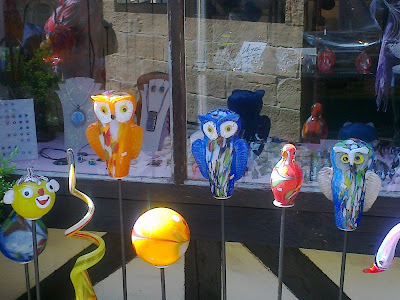 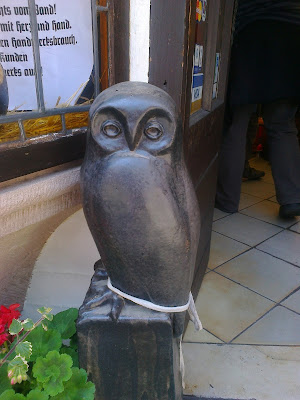 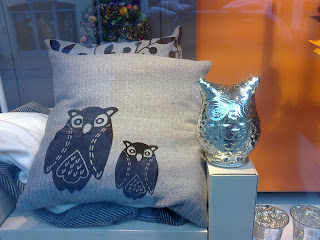 However, real owls aren't quite as cute and cuddly. In fact, they can be downright snooty: 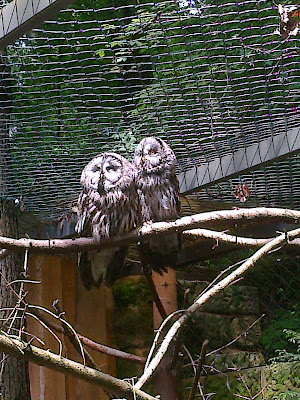 This, though, is my favourite owl of all. It's a gift from a talented Polish lady called Anna, and I just love it. 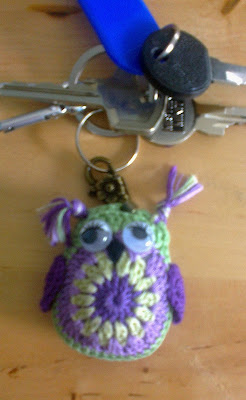 When a friend saw it, she excitedly said: "You could make these!"
Yes, I probably could - but they'd never be as nice as Anna's.
Posted by The Gingerbread Lady at 9:55 PM 6 comments: 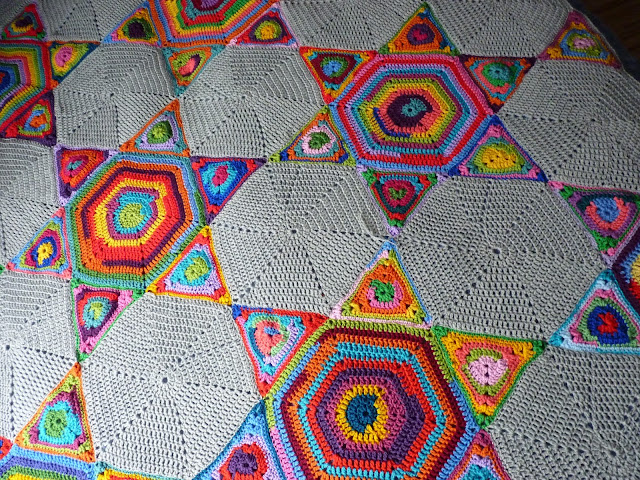 This is a true scrapbuster. I randomly strung (does that word exist? Well, it's not being underlined by the spellchecker - which, ironically, is underlined - so I'll keep going) pieces of yarn together, knotted them with long tails, crocheted my hexagons and triangles, crocheting in the tails as I went along - and this is what I ended up with, a variation on my Stars and Flowers afghan: 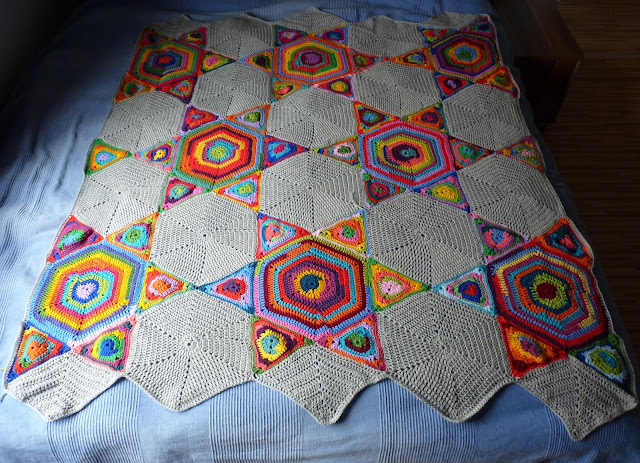 It's a dark September day, can you see? How sad! Autumn is here already ... in other words, blanket season has begun!

Posted by The Gingerbread Lady at 9:17 PM 11 comments:

Can you tell me how to get to Sesame Street?

Yesterday, John - that's my son's name, by the way. I think I should stop calling him The Baby - and I went, as is our wont, to the playground. However, our daily trip to Baby Paradise was marred by a jarring discordance in John's universe: the baby swings were occupied! Yes, the horror: when we arrived, both swings were being merrily swung on by other children. What is a baby to do?  - other than wriggle out of his mother's arms and march over under the swings, mother in tow, angrily scuffing new shoes on the asphalt, complaining loudly and waving fat fists of fury in the air.

I used this situation as a teaching moment. I squatted down to his level and explained that the swings were for everyone and we had to share. That we could play on the roundabout while the other children were finishing up and then it would be our go.

Now, that's the Nice Version. The Sanitised Version. The one that could appear as a segment in Sesame Street.

This is the reality:
I pulled my son back from walking in front of the swings, hunkered down to get a grip on him and briefly explained - in a gentle and reasonable manner - to a young soul not yet capable of anything close to logic, reason or comprehension of consequences that he could not get on the swing yet. He roared in my face and shook an angry fist at the swings, and when I extricated myself from his sharp little claws, standing up slowly, he grabbed my knees and pulled sharply on my jeans, almost causing me to inadvertently moon a bunch of preschoolers on the slide. By the time I wrangled him over to the roundabout, I was dripping in sweat and my hair had escaped from its ponytail, plastered over my face and caught in the frame of my glasses. All the time I was smiling casually at the other mothers in an "oh,-I've-got-this-under-control" way.

That's parenting for ya. You could argue that he's only a little baby and doesn't understand these things yet - but when do you start? You start as you mean to go on. And it's hard, gentle readers. As the months pass, I can begin to understand how easy it is to produce an indulged and spoiled child. At this age, their little temper tantrums are actually quite funny: watching a puce-faced Rumpelstiltskin throw a hissy fit because he doesn't want to have his nappy change really would make you smile. And it's so much easier to just give in. But you can't: there are some battles you have to fight and learning to share the swings - sharing anything, really - is one of those battles.

I'm sure Big Bird and Grover would agree.
Posted by The Gingerbread Lady at 5:07 PM 4 comments: