Love and Other Business 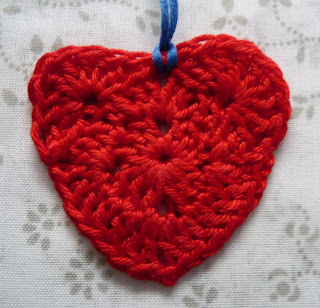 Traditionally, St. Valentine's Day was not celebrated in Germany, but in recent years it has become more and more popular. That is to say, the accompanying merchandise - the chocolates, the flowers, the soft toys with "I Wuv You!" embroidered on their chests - has been stepped up an notch, making even the Valentine-shy Germans feel like they're missing something. Like they should be doing something. Like someone might be expecting something.

Of course, a significant proportion of the German population are immune and resistant to the heart-shaped explosion that occurs mid-February. Including - not surpisingly - my husband.
"It's all a marketing ploy!" he thunders (and, normally mild-mannered, Valentine's Day brings out the worst in him.) "It's designed to make poor suckers feel like they have to spend money on this commercial nonsense! It's a fake holiday made up by florists and chocolatiers - " (Goodness. Just imagine that as the next James Bond plot: James is lured into a flower shop and forced by masked florists to buy Miss Moneypenny a bouquet of roses, then - if that were not horror enough - an international group of chocolatiers descend upon him, pelting him with pralines and finally strong-arm him into parting with his money to buy a heart-shaped box of candy. My, oh my. The film just writes itself.) " - and greeting card companies," he snarls. Oh, yes. After James manages to free himself from the huge vat of truffle filling, he has to fight off the dastardly Hallmark agents, who want him to put his signature on a card. It doesn't bear thinking about.

"Well, I won't fall for it," he announces, as though this were some kind of anti-capitalist stand and not a complete inability to remember significant dates and organise himself enough to do something for them.

But that's okay. I do some mock-outrage, because I feel it is expected of me and it is, after all, a measure of my devotion
that I allow him to have a little rant. My husband is a good man and a great partner the other 364 days (or 365 in a leap year), so if I don't wake to a bed strewn with roses, I am mildly relieved (think of the mess! And the thorns! And possibly some insects!) He does some things that are tiny, yet so kind and selfless, without fanfare or a second thought: yesterday he was dividing up the last piece of cake and he cut it so I had the biggest and the nicest part. He does this every time, he'll divide up whatever he has so I can have the best of it. So I'll forgo the chocolates and the roses, the soppy cards and the teddy bears - I'll take the corner of cake with sugar icing and sprinkles and I appreciate it for what it is: a token of love.