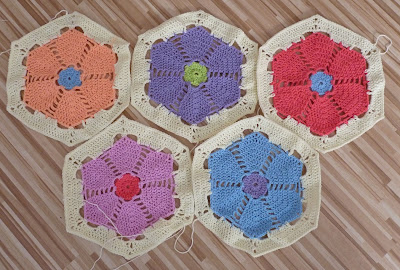 Oooh, I want to make lots and lots of these motifs, just to see what they look like in different colours. I won't buy yarn - no, no, no, I won't, I have to use my scraps - but there are so many possibilities. I'm still tweaking the pattern before putting pen to paper. 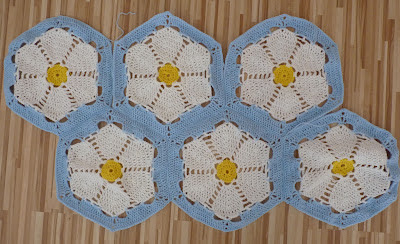 Posted by The Gingerbread Lady at 8:58 PM 15 comments: 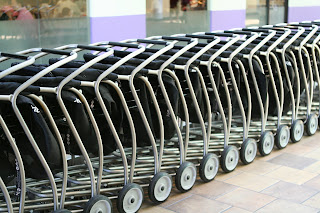 Posted by The Gingerbread Lady at 8:39 PM 9 comments:

I finished a blanket for a friend of mine, Lisa, who's expecting a baby. I used Krochet Krystal's daisy square pattern, which I really like because it has the potential to use up so many different yarn colours. This blanket coincided with me getting my hands on a skein of black worsted weight yarn, which means that I can finally fulfil my obligations and make a daisy square for Krystal in "payment" for the pattern.

I've also designed a new motif. This is actually a motif that I'd had in mind for about a year: I think I remember seeing a black-and-white photo in a 70s crochet book of something similar, but like many half-memories, I don't even know if I really have seen something like this or whether I dreamt it. In any case, I tried again and again but it didn't work:  I just I knew I could do it, I just couldn't figure out how. Suddenly, two nights ago, it clicked, and as though I were inspired, it just ... worked.

Now all I have to do is make 30+ more, sew them together and see if the motif works as an afghan. Then I'll do the same thing again, but with the motifs in different colours and then again with all of the motifs in a single colour, and then I'll write up the pattern. Gulp. 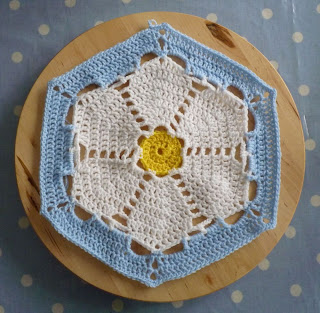 Posted by The Gingerbread Lady at 9:25 PM 19 comments: 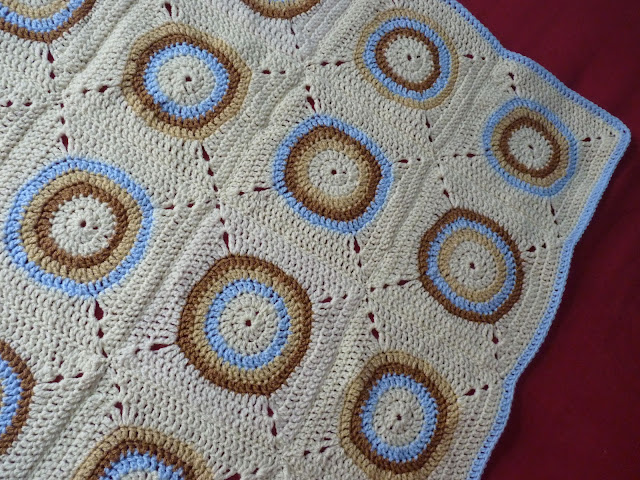 This is a simple square - or, to be more precise, a circle in a square. I've chosen to do mine with a restricted palette - cream as the main colour and three bands of colour (cream, cappuccino and sky blue) around the circle.

This pattern can be dowloaded as PDF via Ravelry: download now

This pattern uses American terminology. The British terms are in [brackets].

Start with your main colour 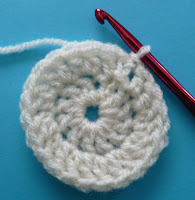 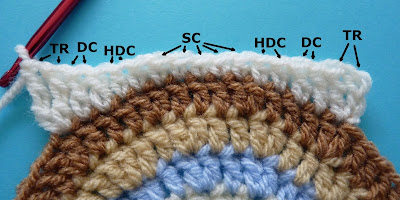 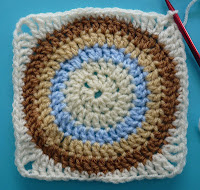 
Round 8: Repeat round 7. Leave a long tail to sew the motifs together. 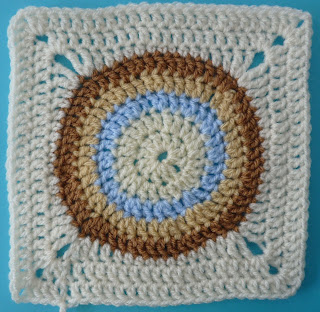 Posted by The Gingerbread Lady at 7:07 PM 10 comments: