A Day At The Beach

When we were in Ireland, the Gingerbreads took a couple of outings to the beach. The first one was to a beautiful sandy beach in the south-east of Ireland, in County Wexford My husband was bemused by this: it wasn't particularly warm by Central European standards, but the Irish were out in force because - well, because by Irish standards it was a lovely summer's day. Mothers and fathers were trying to make wriggling kids stand still long enough to slather sun cream on them, while other holiday-goers set up windbreakers and laid out blankets to lie on. Mr Gingerbread and my brother William sat down in the sand dunes but the other Gingerbreads - Mammy and Daddy G. included - made a beeline for the water. We stood in the water, trousers rolled up, with an army of small children and surveyed the skyline. Very nice.

Following that, and in need of some excitement, we decided to compare feet. The Gingerbread Family is split down the middle on the subject of feet: roughly half of us have inherited the yeoman's feet of my father's family (me included. Thanks, Da), while the other half have feet that look like transplanted hands, with long, wavy toes. This phenomenon was captured on film to horrify the world via the Interwebz. Voilà: 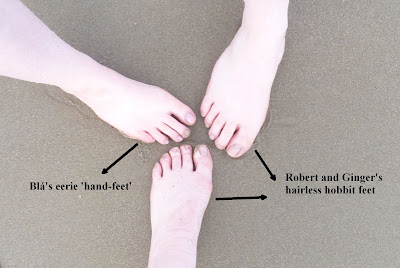 Recovered? Sorry about that, but it had to be done.

Then on to Co. Cork, where I managed to get the worst sunburn I've had for years on this day, at this beach, in this weather. Yup. For realz. No one knows how a redhead suffers. 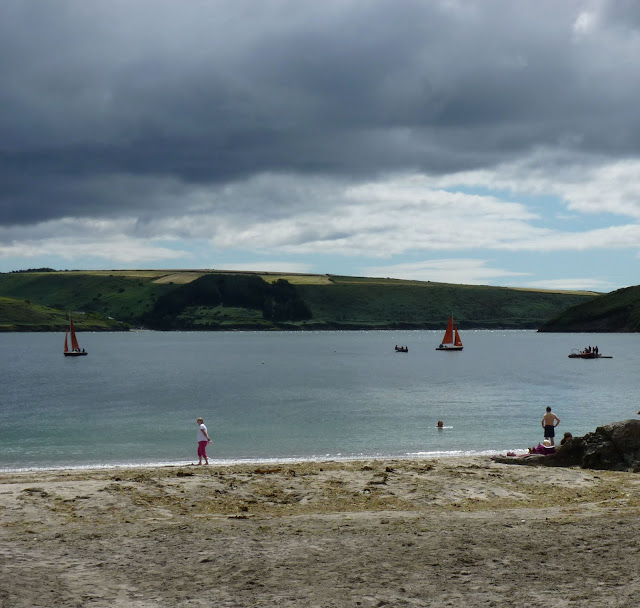 My father took dozens of photos as reference for his paintings. I know you all reel in wonder when you behold my fantastic cartoons, so it will not come as a surprise when I tell you that my father is an artist. I express myself through stickpeople, he chooses oils. Whatever. When I was small, I sometimes used to get out of bed to watch him paint. I found out that if I stood very still and very quietly, I would be forgotten (or discreetly ignored). Nowadays, I don't have to - my father has set up his own YouTube channel. Really! He has his own little cyber-world going on in the background, which occupies him while my mother is watching Downton Abbey and other period drawmas. I think it's safe to say that the separation of the parentals during my mother's evening television binge has done wonders for their marriage, as my father is now no longer compelled to give a running commentary on the preposterousness of her viewing choice. Instead, he is at one with the Muses and the Internet. Peace reigns once more.

This is his photo of the steps leading down to the beach above: 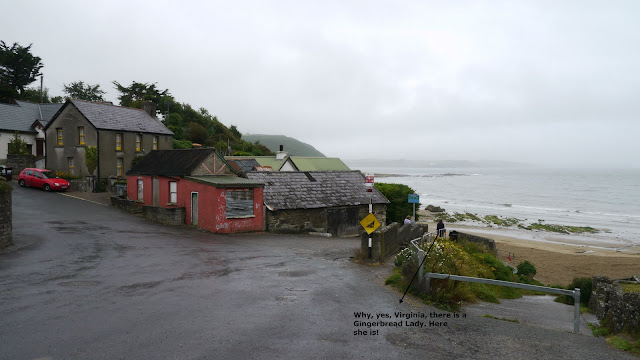 And this is how it was transformed into a painting. Obviously, it could have done with a few stickpeople and at least one vampire, but all in all, I think he did a good job:


One of my favourites, though, is this still life. I love the way the glasses seem to appear out of the darkness.

And now I can watch him paint as much as I like, without being told to go to bed.
Posted by The Gingerbread Lady at 8:01 PM

Wow! I was absolutely entranced by the time lapse painting!

Wow,the painting is awesome! I think it's amazing how all the different layers of colour build up. I'd have no idea how to do that!

Second response: thanks for sharing your papa's work! Quite inspiring!

Your father is amazing... and his paintings are fantastic. I'd never seen anyone paint "live" before and it's completely fascinating. I've bookmarked the YouTube page to show my husband later on. Thanks for sharing!

Wow, that looks amazing, I loved the video. And your Dad has a huge talent for painting!