I love cathedrals, I really do. And I love living in a place with a plethora of them. This is Regensburg's Cathedral:

Posted by The Gingerbread Lady at 6:23 PM 14 comments: 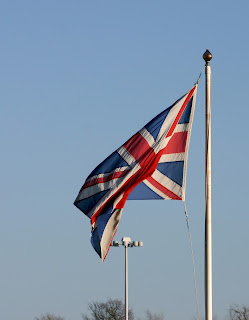 As you can imagine, putting people of these two very different persuasions in the same room results in some very interesting exchanges, probably because we expect to have so much in common: our history is so interlinked, we share so much culturally that the differences are all the more shocking. George Bernard Shaw, a fellow Irishperson, once said that Britain and the US were "two countries separated by a common language." I wonder, to what extent, this also applies to England and Ireland - if not language, then the way the language is used?
Posted by The Gingerbread Lady at 11:30 PM 8 comments:

Back On Crafty Track

Let's intersperse my holiday snaps with some crafty projects.

As my Uterus Is Now A Temple, I have decided to try my hand at knitting baby things. This is possibly because, as an expecting mother, I have been bitten by the Provide For My Child bug: my offspring shall be clad in my wonky knitting attempts, because ... well, because I (sort of) can. This is a little piecework cardigan that is actually a double crime: (a) it's knit in acrylic (eeek!) and (b) in a shade of yarn known disparagingly as "clown burps" by people who knit with mermaid bumfluff. I have been told time and time again to knit pieces of clothing in one piece - I have been directed to patterns for top-down cardigans and one-piece raglan jackets - but I prefer to knit in small, manageable pieces that I can sew together. This is something I share with my mother; clearly, we have a short attention span. 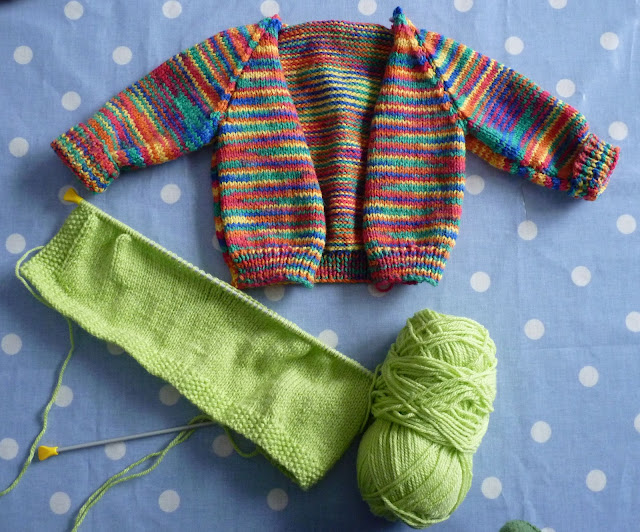 But I decided to give the one-piece cardigans a whirl - hence the apple green piece on the needles - but rows of 100+ stitches are really quite odious to work through. As a crocheter, one likes to see a bit more action and, quite frankly, a little more progress after two or three hours of knitting. But I will persevere, 'cause I'm cranky like that.

And I'm crocheting - cream, cappuccino and sky blue yarns.This one is working up very quickly. I think it's going to be nice! Posted by The Gingerbread Lady at 9:35 PM 22 comments: 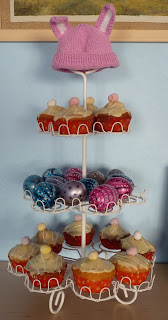 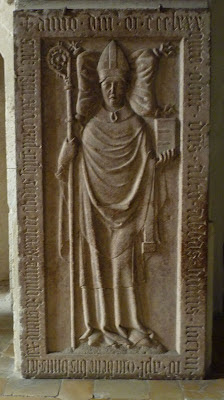 P.S. Thank you to Tecrin for the blogging award! This deserves a post of its own - I'll have to put on my thinking cap, as it requires my doing some homework ...
Posted by The Gingerbread Lady at 9:35 PM 5 comments: