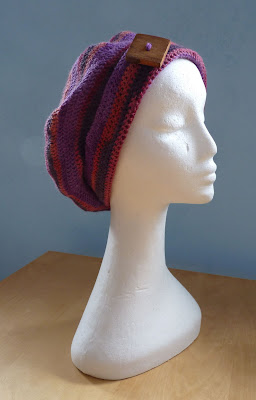 I was having a bad day.
A bad day, I tell you.
It was about 35°C (about 95°F) and this heat had rendered much of Gingerbreadtown's populace incapable of doing even the simplest of activities. As the temperatures rose, IQ levels sank: frazzled businessmen were seen angrily pushing doors with PULL signs on them. Mothers stood helplessly in the middle of the pedestrian zone, wondering where they'd left their offspring. Children were grizzling and whining in the heat, mashing their melting icecream cones in their hair and down the front of their T-shirts. Yours truly, the Gingerbread Lady, was skulking along the sidewalk, ducking into the narrow strip of shadow thrown by the shop fronts. You see, I have Celtic skin - skin type A - the one that's characterised as the "often burns, rarely tans" type. If I'm exposed to the sun, I sizzle. I do: I sizzle. So during the summer I lead a vampire existence, out of direct sunlight or slathered in a film of Factor 50 suncream ("I didn't even know they did Factor 50!" said a friend in amazement. They do. It's usually for small children and babies, it's kind of like the spaceship shields they have on Star Wars).

Feeling sorry for myself - poor, freckly little me, skittering along in the shadows, while the tanned Continentals strode about in the sunlight - I decided to get myself a skein of nice yarn (what yarn isn't nice? Let's not get sidetracked) and make a hat. Why not? And once it was finished, it just needed one of my luvverly new buttons and it became the Big Button Beret (modelled, as always, by Gladys): 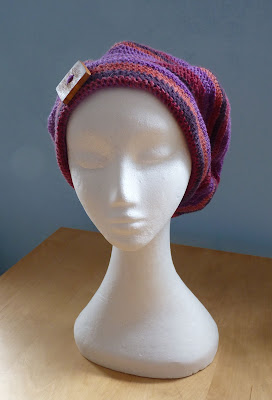 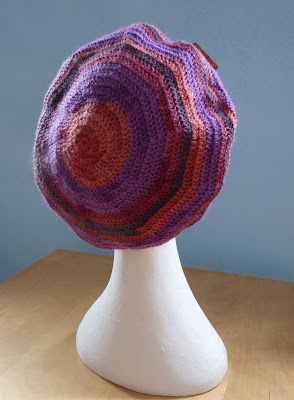 Posted by The Gingerbread Lady at 5:23 PM

Love it! Love the yarn! And I just bought some big buttons!

Ah, so you DID find something special for your lovely big buttons. What a fab hat. It looks quite warm but has a nice drape for crochet. Kudos on a great job!