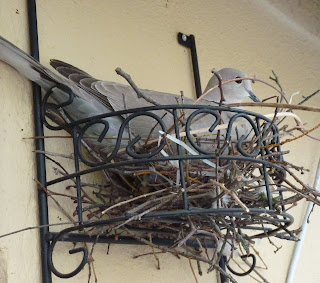 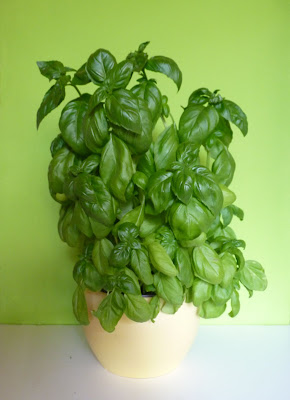 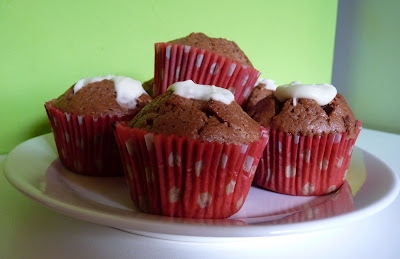 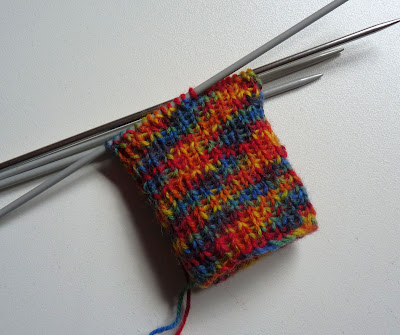 Wowzers, eh?
I got a bit excited there, so I'd better explain: this sock was knooked and because Rachel is a very capable and clever person, she also made her own knook-hook from a twig from her garden (I suspect Rachel's fingers are far greener than mine, based on the photos on her blog. I could try to fashion a hook from a sprig of basil but I'm sceptical about my chances of success.)
Posted by The Gingerbread Lady at 8:59 PM

If it makes you feel any better, I do believe your bird is not a pigeon but a dove. Pigeons and doves are in the same bird family. They make the same type of nests and take care of their babies the same.

Hi Gingy,
Your pigeon is cute. Mites? Ewwww
We had a sparrows nest up in a potted hanging plant once, and when they abandoned the nest..We didnt take it down right away....You should have seen how many mites were crawling all over the place...It was icky.

Now i am itching

We have had birds nesting in our bathroom vent for 3 years...they come and go...and nothing seems to deter them....

but I also own two birds, so kinda like them...I own a white capped Pionus and a Rosella

I'm envious of your basil. I planted mine outdoors and the slugs ate it all, so I've had to start again. I wouldn't try making a knook hook out of it though...

Where I used to work there was a small enclosed courtyard right outside my office window and a couple of pigeons/doves (the same as yours) nested there. It was nice and safe from cats, but not, alas, from sparrowhawks. Still, it was quite cool to see one in action ;-)