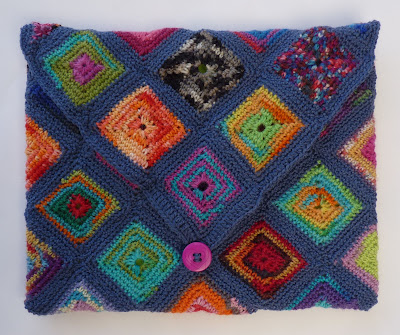 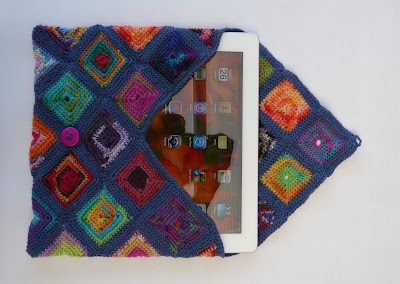 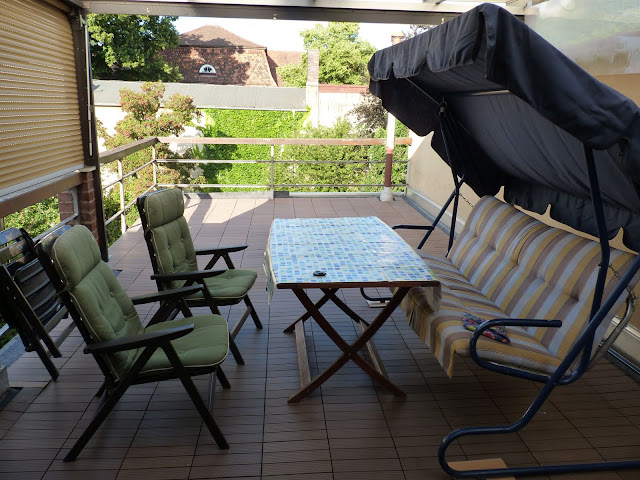 It's still quite bare and empty (and the posts for railings are missing), but it's only a matter of time before I add to my extensive collection of 5 (five) plants and build a little herb garden in the corner.
Posted by The Gingerbread Lady at 12:06 AM

Really? It can identify the constellations in the piece of sky you point it at? I'll be excited for you!

I'm so with you re. Daddy Starbucks (except I think he might be more a fancy cigarette in a fancy cigarette holder kinda guy). And if I a) had an iPad, and b) could crochet, I'd be with you on making such a cute little iPad sweater ... love it :D

Look at you with your Ipad and your patio. This is looking dangerously aspirational. If you're ever featured in Living Etc could you make a secret sign so I know it's you? ;-).

I love the YourPad and I absolutely believe you about the maths.

ENJOY that iPad!! And what your balcony needs is bunting- loads of it!! You could crochet some??? It looks like a really lovely space, hope you have many balmy evenings and days lazings out there!

I love your iPad cozy. Rest assured some of us don't drink Starbucks coffee because they overroast their beans - they're basically burnt. Yuck. :)

However, sorry to burst your bubble, but Starbucks is a public company - with publicly traded stock (yes, you could buy some even), so those humungous cups stay humungous because that's what customers want. For what it's worth, when I was in France, I thought the cups were Lilliputian. :)

I run the opposite way from Apple products, but I'd happily use an iPad if I could crochet a cute little cover like yours for it. I could size that down for my Kindle, if I used math. Shudder, math.

Would that I only had 1 stubborn pigeon. Even the threat of Pigeonslayer has not scared mine off.

The balcony looks lovely, nice and cozy! I love your ipad cover. I love my ipad as well. What program tells you the constellations? That's pretty cool!

Your husband and I are on the same page re: the villainous Daddy Jobs. However, I sense an impending war with the young ones as iPads are now being used in the preschool and kindergarten classes. My daughter is a seasoned (and featured) iPad user. http://www.miamiarch.org/ip.asp?op=Article_11510235447792

If my son discovers some of the features you've mentioned, I'm doomed.

crymson: I went on an app-surf binge. I was surfing app websites on my iPad and laptop simultaneously and got so excited by the possibilities that I didn't note any of the app names. But the astrology app is on my shopping (shapping?) list - when I find it, I'll send you the name.

mutantsupermodel: What a cute article! Is that your daughter in one of the photos?
This is one of the reasons I bought it. I like working with a blackboard and paper, but being a Pedagogical Luddite is not really an option - kind of like burying my head in the sand (chalkdust.) The astonishing thing is that the fact that I have an iPad has propelled me about 30 years ahead of some of my colleagues, who still type up their worksheets on word processors. It's not often I'm at the cutting edge of technology. I have to enjoy my brief moment of coolness.