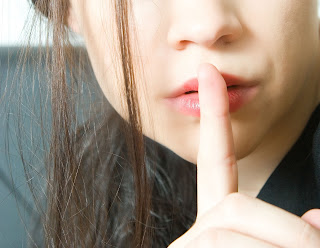 "... and we have to teach them conversational gambits!" my boss said enthusiastically.
And I tuned in again.
I was in the middle of a long conference about changes to the oral exams at our school. Students learning English have to hold a twenty-minute conversation about various topics, and we were discussing the various skills that they had to learn and practise - among others, conversational gambits.

Gambits. Gambits. While the rest of my colleagues nodded enthusiastically and made notes, I rolled the word around in my mouth: conversational gambits. I love words. I especially love words that are used so infrequently that hearing them again is like discovering a forgotten €10 in your jeans pocket. Gambit: delicious!

If that weren't weird enough, sometimes I re-assign words to people I think they describe. Thus, one of my husband's friends is called Gambit in my head. Gambit is one of his best friends: a tall, loud, blond guy who is both incredibly endearing and dreadfully irritating at the same time. One of his most annoying habits is ... well, his conversational gambits. À propos nothing, he throws a mystifying and cryptic segue into a running conversation, effectively killing communication, as we all momentarily stop to gape at him - and that's his cue to hijack the discussion with a long monologue about a subject of his choice. For example:

Me:  ... and that's why it'll be interesting to see how things pan out in Egypt, don't you think?
Friend #1:  Yes. Although I must admit that I didn't realise that things were so politically instabile in the country. That did surprise me.
Friend #2:   You're right. I mean, Kate and Tim were in Egypt on holiday in December and they said -
Gambit: I bet Steve Jobs didn't think realise that turning up the brightness on the iPad would reconnect to the network!
(Astonished silence.)
Friend #1:  Sorry, Gambit? Steve Jobs? iPads?
Gambit: Interesting that you should mention iPads, Friend # 1, - I just happened to buy one yesterday! Look, look at this - see, you can open this file ...
Friend #2 (weakly): ... and Tim said that the Egyptian government ...
Gambit (louder): AND THEN, YOU TOUCH THE SCREEN LIKE THIS AND IT ...
(Friend #2 shuts up.)

Mr Gingerbread has the patience of a saint, I swear, and good-naturedly plays along when Gambit throws one of his conversation killers into the mix. I, on the other hand, drive poor Gambit nuts. My tactic is to note his contribution and swiftly steer the conversation back to the topic we're all discussing. After nearly a decade, I'm very, very good at it:

Friend #2:   You're right. I mean, Kate and Tim were in Egypt on holiday in December and they said ...
Gambit: I bet Steve Jobs didn't think realise that turning up the brightness on the iPad would reconnect to the network!
Me: That must have surprised Steve, I'm sure. Anyway, I'm sure it'll have a devastating effect on the tourist industry. No doubt a lot of sectors are already feeling the effects of the unrest.

Gambit: See, some people say that there's a glitch in the iPad and adjusting the brightness reconnects the internet.
Me: Apparently all of Eygpt was without internet access for a couple of days. I wonder why?
Gambit: I wonder if you can buy iPads in Cairo?
Me: As far as I can tell, many of the city's shops have been forced to close till things settle down. What did Tim and Kate say about their holiday in Egypt, Friend #2?
And so on.
It's cruel, yes it is, but the alternative is to be locked into a one-man conversation about a toy of his choice or a topic only he knows anything about. The rest of the conversationalists hang around hopefully, waiting for him to take a breath, so we can jump back in and get the discussion back on track. Our little Battle of the Segues adds an extra frisson of excitement to conversations: who's going to win, me or Gambit? What are we going to talk about, the latest Christopher Nolan film or Gambit's new hard-disk drive? Will we all discuss our weekend plans or listen to a lecture about Windows 7? And I do it sweetly and gently, kind of a cross between a conversational ninja and a chitchat geisha: Release date for the iPhone 5? Pow! The future of USB cables? Bang! How to progress to level 93 in an obscure mass multi-player online game that involves wizards, potions and magic boots? Ka-pow!

I am the queen of conversational gambits!
Posted by The Gingerbread Lady at 8:49 PM

Ooooooo, you're wicked. Love it, LOL!

I work with Gambit, but here, we call him Tom! Tina

I wouldn't have known to read this if not for your comment on Ravelry... I enjoyed this (your response, although I admire Mr. Gingerbread Man's patience and sensitivity) immensely. I can so picture Gambit; I think there are clones here where I live!!!

I believe every town has a Gambit! And if I were there I would be the one secretly clapping under the table for you with a huge smile on my face. :o)

Great post...it gave me thought to other Mr. Gambit types I've met. Have you ever met someone though, who adopts your story? I worked with a fellow once who would listen to what you were talking about and in the next day or so would repeat the same story but as it if was his own? I once approached him on it and he just laughed! I laughed back because the only other thing I would be able to do would be to call him an idiot.

This chap is truly a sweetheart but his social skills are a bit lacking and he tends to scare people off by lecturing them at length. Often it's just a matter of steering him back on course so everyone can participate in the conversation.

Clara: I knew a chap who used to tell a story by prefacing it with "A guy I know ..." But the next time he told the same story, he'd start by saying, "One time I ..."
I had the suspicion that he used to practise his anecdotes: he kept forgetting that he'd told us the story, and he'd tell it again and again with different protagonists. But at least he didn't STEAL them! :-O