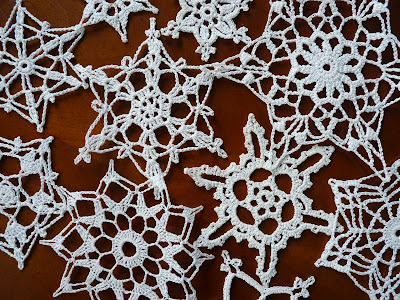 Hello there, readers,
Sorry for being so schreibfaul (writing-lazy) recently, but I have been so busy. It's nice to be needed, it's true, but I'm needed by too many people at the minute and I wish they would need me just a little less.

That's why I was happy to be woken on Friday by a colleague,who wanted to know if we were going to get a snow day. She'd heard on the radio that schools were closing for the day because the roads were blocked due to the heavy snow. A snow day? In all my years of teaching I'd never had a day off due to snow. She said she'd check and call me back.

I yanked open the curtain and pulled up the blinds. I could see my bike. Just about. The phone rang; it was official - we had a day off school. Whoopee! 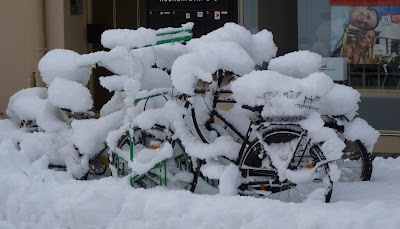 "There's been a big fall of snow!" I shouted over to the slumbering Mr Gingerbread. "It's beautiful out! The sky's gorgeous and everything's bright and shiny! And I think I'm getting a day off school!"
No answer. So I pulled my jeans on over my pyjamas, put on a jumper, my winter coat, hat, scarf and gloves and skipped - yea, verily, skipped - downstairs to clear the snow.
In Germany you have to have snow cleared off the footpath in front of your house before 7 a.m. Despite the fact that I loathe - yea, verily, loathe  - getting up early, I love being up alone early in the morning in the clear white freshness of new snow. 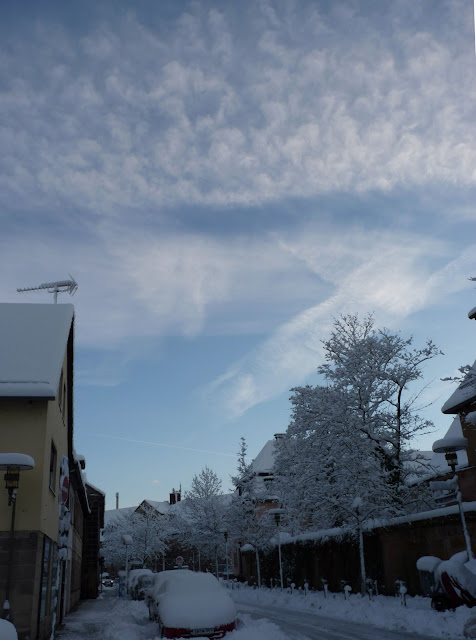 Strangely, most of the people who pass me by are inordinately interested in my snow clearing efforts, especially senior citizens. They praise me ("Good work! Keep it up!") or give me sympathy ("Ooooh! Clearing the snow! Don't you just hate it!") and sometimes I even get little weather tips ("I hate to tell you this, young lady, but it's going to snow again later.")
Most interested of all are small children, who watch my clumsy shovelling with great interest.
"Whatcha doing?" said one little fellow, maybe about three years old. He was wearing one of those all-in-one snowsuits, topped off by a massive woolly hat and a big scarf. He stood watching me, wiping his nose on his mittens, while his mother struggled with his baby sister at the end of the street.
"Shovelling snow," I said. "I have to clear the path."
He looked around and pointed a moist mitten at a patch of snow.
"You gonna clear over there?"
"Yes, I am," I said.
"And over there?"
"Yes."
"And over there?"
"Yes, over there, too."
"And over there?"
"No, that belongs to the neighbours."
"But over there?"
"Yes, over there."
"What about over there?"
Etc.
(And I might add, we have no garden, just a footpath in front of our house. Who knew there was so much to point at?)
The child had virtually marked the borders of our property by the time his mother caught up. She whipped out a tissue and scrubbed his little face, then pulled him away, giving me that Grimly Apologetic Mother Smile (also known as the I-Know He's-a-Pest-But-You-Only-Had-To-Endure-the-Interrogation-for Five Minutes,-He-Does-This-To-Me-All -Day-Long smile.) 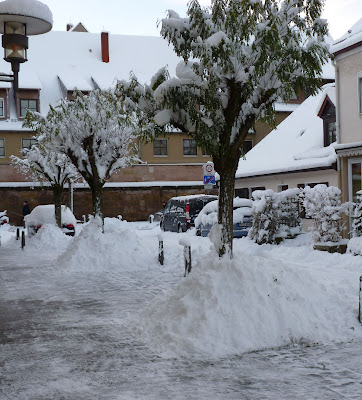 I admired my luvverly work and went off to pick up some croissants from the bakery. 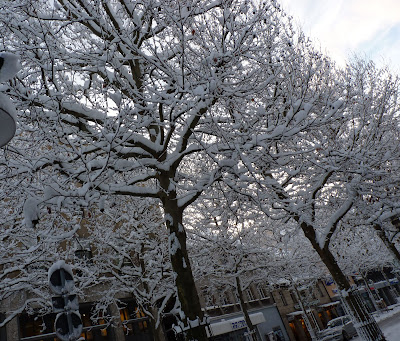 Snow days are AWESOME! It's just so nice to get an unexpected day off, but we have to make them up at the end of the year....

snow days are wonderful, I enjoy them this time of year. when they persist into March is when I get sick of them

Great post and lot the crochet snowflakes..lovely work did you sit in front of a cosy fire with your croissants and make them?
Hugs Suz x

I think I'd love snow days too, if only they happened where I live... but I enjoyed your description, lively as usual! :-)