The Creature from the Deep 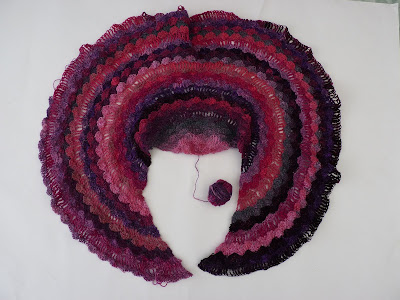 I know it looks like some bizarre sea creature, like one of those floppy octopussy-like creations that come whooshing out of the darkness in a Jacques Cousteau documentary. Sadly, it's nowhere near as exciting as that: it's my first attempt at crocheting a shawl.

Let's start at the beginning, shawl we? Sorry - couldn't resist - shall we?
When Eyjafjallajokull (also known as 'the volcano in Iceland that no one can pronounce') erupted and we missed our flights home to the Gingerbread Brother's wedding, I went on a yarn-buying splurge. I marched into three yarn stores, determined to buy myself something nice... but I couldn't find anything nice enough. Then, on eBay, I got a bargain - four skeins of Noro sock yarn in a perfect colourway for a nice shawl to go with the Brand New Posh Dress I never got to wear. 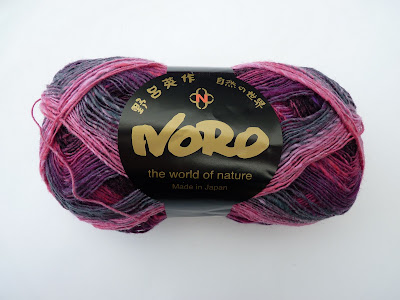 The Gingerbread Sister is getting married in July, see, so the Brand New Posh Dress will finally get an outing. And why not make a shawl? After trawling through a gazillion patterns, I finally found one that looked quite nice and set about it.


The thing is, being the reckless crafter that I am, I don't bother much with things like swatches and gauge. If you don't knit or crochet, these may be terms that are alien to you - don't worry, they're alien to me, too, but only because I make a point of ignoring them. Gauge means that you check you're using the right size hook or needles with the appropriate yarn thickness, a swatch is a little piece of knitting or crochet that you do following the pattern, which you then measure to see whether you're hitting the recommended size. Tedious, eh? Yawns a-plenty. So I don't bother. I set off, gung-ho, and - about twenty hours later - end up with a shawl which is swallowing yarn but not getting discernibly longer, just - outrage! - frillier. Instead of being drapy and elegant, it sits around my neck like an Elizabethan collar.

So I started again, a simple wrap worked lengthwise. After three attempts, I've got this far and so far I'm pleased - not a frill in sight: 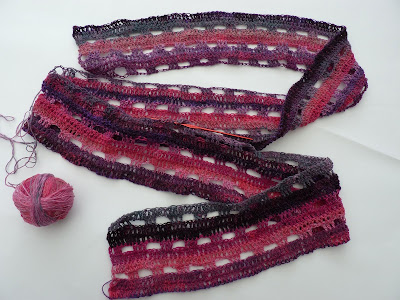 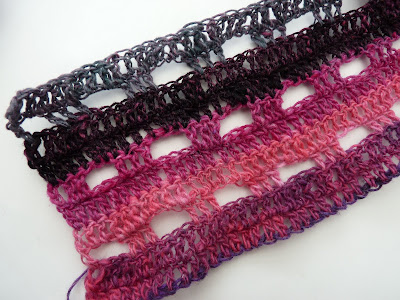 Posted by The Gingerbread Lady at 11:30 PM

While I do like Faroese shawls I do not care much for ruffles, so I applaud your decision to — ahem — tone it down. Much better. Enjoy your shawl.