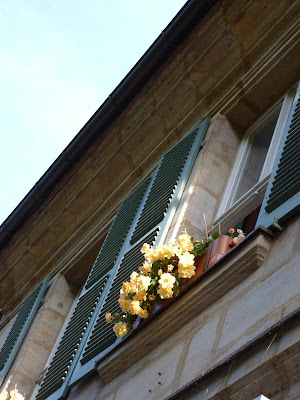 We had no summer this year.
Honest, we didn't.
In August, Little Sis and her new husband spent their honeymoon with us in Bavaria, hoping to leave the rainy Emerald Isle for the warmer climes of central Europe.
(insert snort of disgust here).
As it happened, the weather was actually better in Ireland at the time.
Uh-huh. Better in Ireland.

So we trudged around some of the local sights, wet and chilly, in a half-hearted attempt to Get Culture. But not even the most impressive of cathedrals or the cutest beamed Bavarian houses could make up for the fact that we were cold. And slightly sulky at the fact that we were longing for mugs of hot chocolate and not contentedly licking ice cream cones, which what you should be doing in the middle of August, right? Right.

In any case, it'll come as no surprise to anyone that as soon as school started again in the middle of September, the mercury shot up the thermometre and we had a one-week, lukewarm late summer. People sat out on the grass in the local park ... 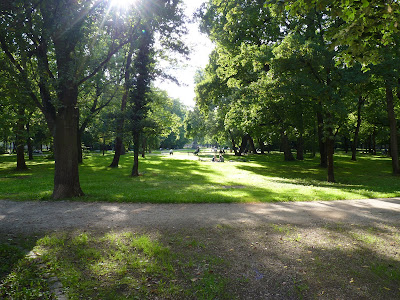 ... and we all enjoyed the beautiful, cloudless blue sky: 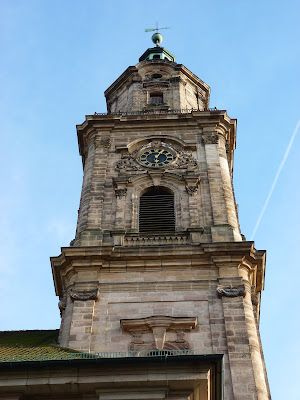 Apparently, the weather forecast for the weekend is bad. But guess what? I have a waterproof roof and a pot of homemade pumpkin soup 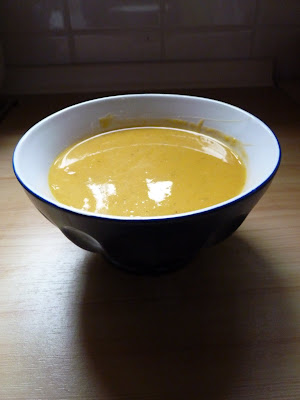 I visited my mom back in Germany this August and I was FREEZING almost 100% of the time. NJ though made up for it in May/June/July with 30+ at least 3-4 days a week - so maybe you can blame the bad German summer on me ;-)