We Three Kings of Orient Are 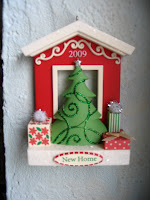 Good morning, all!
More intrepid readers might notice that there are two posts for the 6th January - one was published just past midnight, this one is being written on the morning of the Heilige Drei Könige (lit.: the Holy Three Kings), or the feast of the Epiphany in English. It's a public holiday here in Bavaria. We're particularly blessed with holidays in this part of the world: Bavaria has more public holidays than just about anywhere else in Europe. And we're ecumenical, too: as well as state holidays, e.g. the 3rd October to commemorate the reunification of Germany, we celebrate both Protestant and Catholic holy days. I for one think that we should go one step further: why not celebrate a few Jewish and Muslim holidays as well? Just in the interest of fairness and equality, you understand.

Anyway, on this day in Bavaria, Sternsinger (lit. star singers) - children dressed as the Three Kings - go from house to house and sing songs or recite poems. You give them a donation (often for charity) and they inscribe C+B+M and the year above your door in chalk. (So this year, for example, we'd have 20*C+B+M*10.) There are different theories about what the letters stand for: many people think they represent the names of the three wise men, Caspar, Melchior and Balthasar, but actually it stands for Christus mansionem benedicat - Christ bless this house. When I first moved to Germany and saw this written above people's doors in chalk, I found it a bit spooky and I didn't dare to ask what it meant - was it a cult? Was it some kind of secret symbol? Nowadays, though, I really like to spot the houses that have been blessed.

This is our first year in this house, so I'm hoping we'll have Sternsinger at our door today. The only problem is, the groups of Sternsinger are becoming fewer and fewer: parents aren't keen on letting their children wander around the town, and few parents seem willing to go with them to keep up this lovely tradition. In any case, I have my spare change ready - and I've chalk on hand as well - so let's hope my house is paid a visit today!
Posted by The Gingerbread Lady at 11:18 AM

What an interesting story- and hoping your house is blessed today!