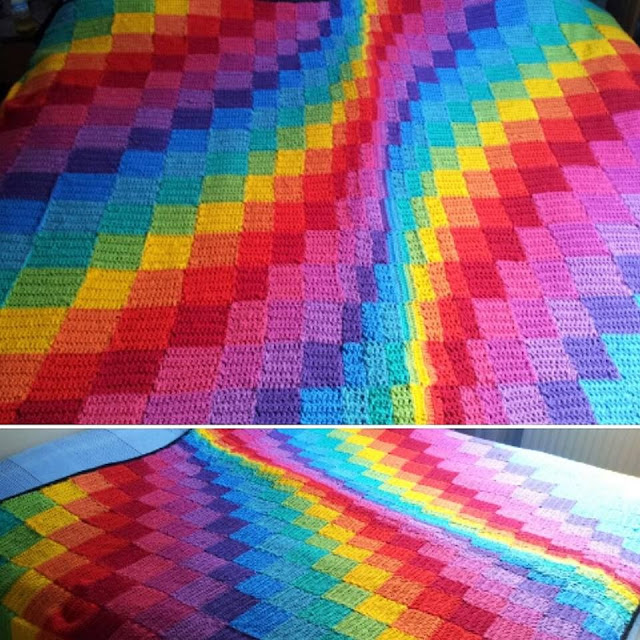 Sigh.
I haven't posted in a long time and the reason for it was simple: I hadn't wanted to. 2015 was a strange year, a year that felt discordant or adrift to me. I'm normally quite a pragmatic person, someone who tends to always look on the bright side of life, but this year tested my limits. The German 'Word of the Year' this year was Flüchtling, refugee, and really, no other word came close to being in the running for first place this year. Over a million people, mostly from the Syria, Afghanistan, Iraq and Kosovo, made their way to Germany this year, fleeing (in some cases) from war and (in other cases) from poverty and (in all cases) for a better life. The incessant - and I mean incessant - coverage of the plight of thousands of people arriving over Germany's borders became too much to bear and I went on a total media blackout for a long time. I can focus on and do something for what is in front of me, in my own neighbourhood and town, but I had to finally admit that I can't worry about every overcrowded refugee home, mourn every dead child, cry for every lost family - and 2015 seemed to pour a lot of that mental burden on my head.

So thank you very much, 2015, for all the lessons you have taught me, but I'm looking forward to making 2016's acquaintance. It's going to be a year full of rainbows, and it's starting here and now. I have lots of new patterns and tutorials lined up - I'm going to craft my way through 2016 with a vengeance.

Happy New Year.
Posted by The Gingerbread Lady at 8:27 PM

Happy New Year to you, too! I look forward to your upcoming posts.

I have enjoyed reading your blog, right from the very first post and have missed you during the last year.

2015 has been a year of mixed blessings all round, lets hope that 2016 might be kinder to each and every one of us.

Happy New Year to you and to your family.

Yup, 2015 was a big year of change. From a purely selfish point of view I've missed reading your cheerful, upbest posts, but hey, getting a change of scenery is good, tuninng out from the media, social or other, is a good way to clear the head and get back to being our ordinary selves again. Hope 2016 is kind to you & your family.

yes, same here, 2015 has been one of the most horrible years with lots of negativity (like you, the refugees' plight, plus the terrorist attacks in Paris, tragedy in our own neck of the woods, some little family mishaps, and so on...) I hope 2016 is living up to your expectations.
I'm glad to read your posts again, going to catch up now.