I'm a language teacher, so I've been following my older son's language learning process avidly. (He's twenty months. I was recently asked by a 15-year-old why people refer to small children's age in months - I guess it's because every month brings a huge jump forward in terms of ability, so you have to be accurate when you're boasting at the playground, or whatever.) Watching a child learn language is really interesting and all the more so if more than one language is being learned. With enormous efficiency, children learn the words that are most valuable and important to them: for example, young John has learned that 'Please' ('Peas', actually, but we're happy with that) gets results, but 'thank you' is an irrelevant chore that only features after he's got what he wants. Pleases are abundant, thank yous are sparse. But we persevere.

He has an extensive vocabulary and often shocks us with what he knows. "Silly Mama," he said to his truck the other day, "silly Mama." I don't think he believes the truck gave birth to him, but he was obviously practising his new vocabulary for a more opportune moment. He knows how to ask for most of the things he likes to eat, in both languages, so if "Cake, peas!" fails, "Kuuuuuchen!" might work its magic. One of the most useful and used words in his repertoire is 'stuck', which reflects shockingly badly on our parenting skills as it's used a LOT. He tends to get stuck quite a bit (toddlers don't really know how big they are) and he has a lot of toys that are remarkably clumsy. Tom, for example. 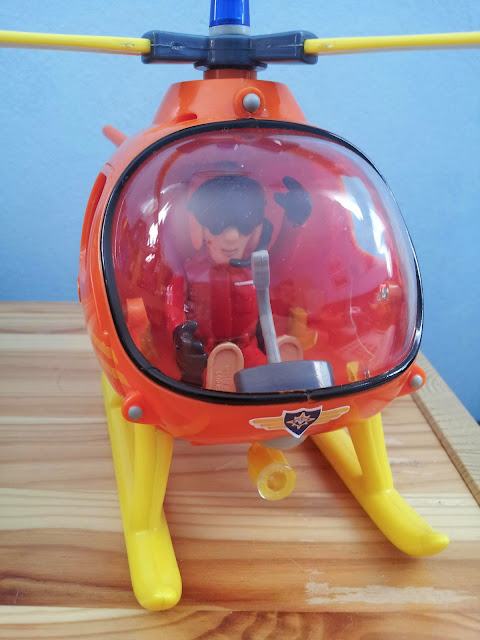 This is Tom. He's a helicopter pilot on one of his favourite television shows, Fireman Sam (no, he doesn't watch television. What kind of bad parents do you think we are? He watches it on my iPad. Haha. Yes, I know, but you try to change a newborn's dirty nappy while your toddler attempts to climb up your IKEA bookshelf - he needs to be anchored somewhere safe for ten minutes and Sam kindly does the job.) In any case, Tom and his helicopter are his most beloved toys; sadly, Tom is a bit of an eejit and tends to get stuck on a daily basis.

For a start, he has difficulty with the concept of doors: 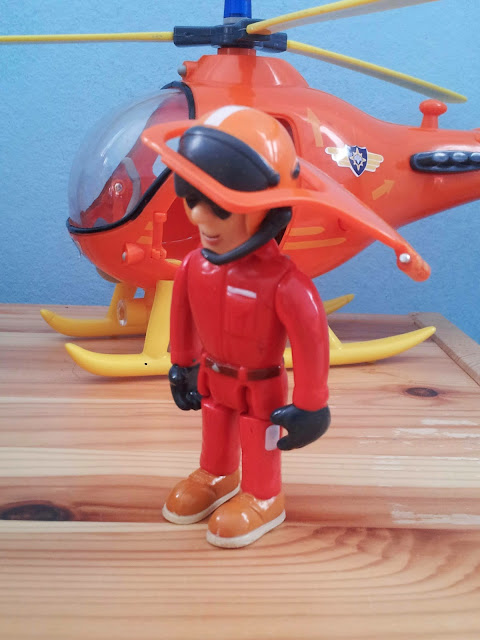 He seems to nosedive into the laundry basket a lot. Very disturbing - my smalls might be in there. 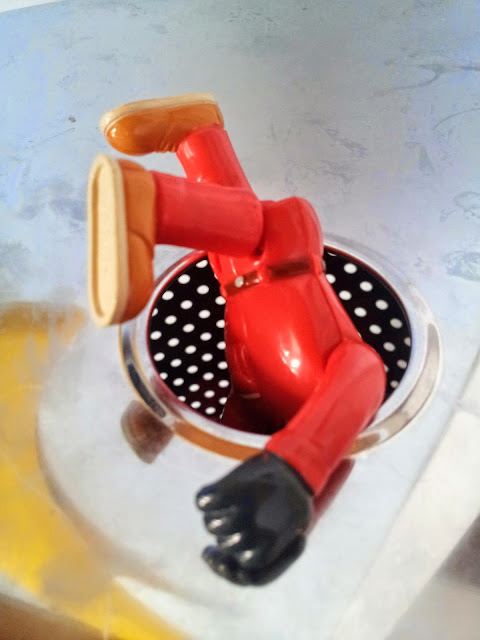 He requires a lot of tissues: 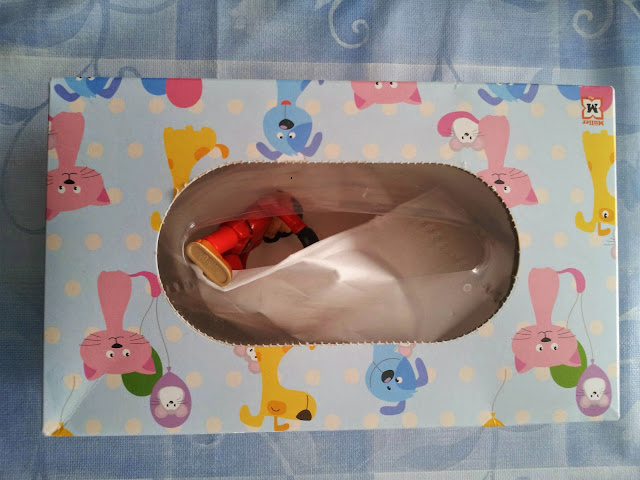 But, on the plus side, has proven to be a very capable babysitter. He hasn't become stuck here yet, and we dread the thought that he might. 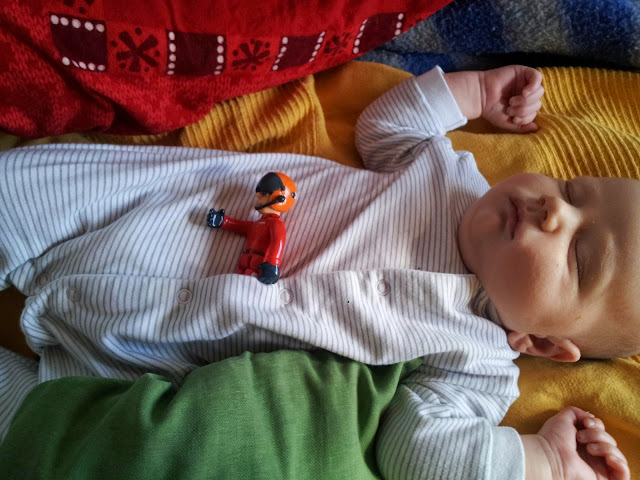 Posted by The Gingerbread Lady at 8:02 PM

Ha ha. Thanks for the laugh. Two of my children both had the first word of "Uh oh". I wonder what that says about my parenting?

The developing language of our children is very interesting, despite having less "parent time" I think my youngest spoke more fluently, earlier and with greater vocabulary than the other two. She needed to make herself heard! I kept a notebook of some of their funny little sayings.

Lovely pictures. I think tv was invented for keeping small children occupied at key moments, it's certainly a very good use to put it to.

Apparently my first words were "no" and "duck", make of that what you will!