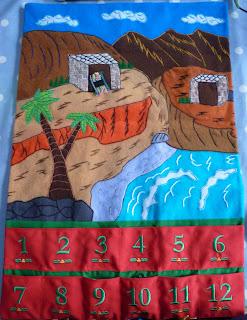 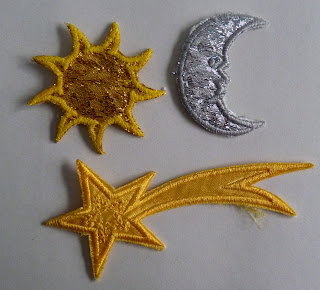 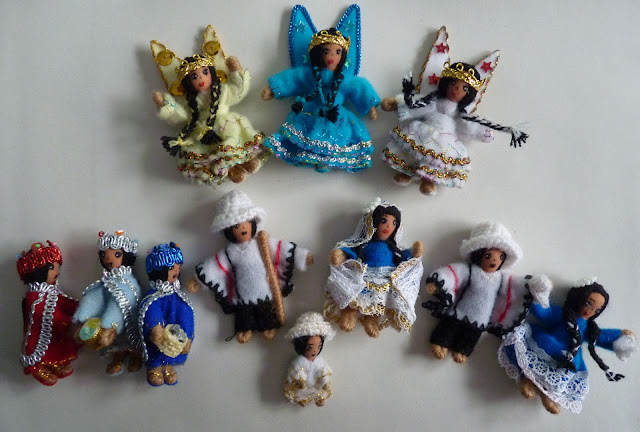 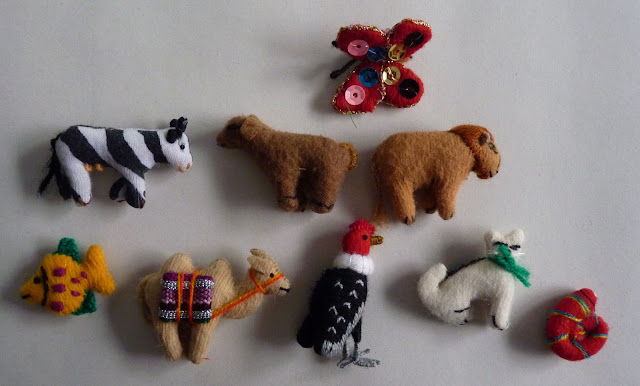 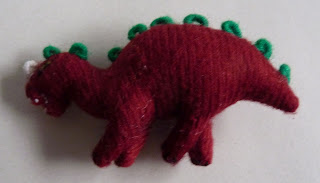 And thus, for their foolhardy decision to spit in the eye of science, I take my cap off to them.
Peruvian Women's Collective: I salute you.
Posted by The Gingerbread Lady at 9:55 PM

We don't do any of the Christian aspects of Christmas, or advent calendars but now I've seen this I want one!

I salute them as well. Who is one person that they know, they weren't there! :) They are afterall, all of God's creatures, big and small. Hope you are doing well, and baby, and daddy too!! :)

Mr. Bean did already include a dinosaur into the manger. Remember? However, this advent calendar is pretty cool! Thanks for sharing!

You say zebra with udders, I say cow with zebra markings. That is a truly great advent calendar. Hats off to them. Beautifully made too.

Thanks for a giggle!

That is one fabulous advent calendar, never seen anything like it before, especially with a dinosaur but I love it!

No need to worry, the stegosaurus is/was herbivorous :)