Back in Ireland for a few days, I’m enjoying fantastic weather. Now, I know you didn’t log on to this blog to read my musings on the weather, but the fact that the weather in Ireland has been so spectacular is genuinely newsworthy.

For starters, the weather in Germany has been awful for weeks on end, while Ireland, on the other hand, has been experiencing a heatwave. Now, I will warn you that an Irish heatwave means that the mercury hovers at about 25 degrees Celsius (77 degrees Fahrenheit), as opposed to the 30 or 40 degrees you might experience in other countries. Still, it’s about 10 degrees more than we’re used to. But rather than be thrilled at this unexpected blast of summer, the locals are pooped.

“Jesus! This weather has me murdered!” one woman exclaimed, as she looked around for some place to lean her tired bulk against.

“We might get a drop of rain at the weekend,” said the shop assistant, peering hopefully out the window.

“Oh, wouldn’t that be great?” said the first woman wistfully, fanning herself with a paper bag.

Irish people seem to be split on the Good Weather Issue. Some people view it with great suspicion. My Gingerbread Mother, for example, thinks it is a curse sent to try her. She reacts the same way a vampire does to daylight, squinting out at the cloudless blue sky and hissing when hit by sun-rays. We suspect that she might melt like the Wicked Witch in the Wizard of Oz if someone pushed her outside at noon; there’d be nothing left but a puddle of mother and her Ecco shoes. The Gingerbread Father, on the other hand, would gladly spend the entire day working in his garden 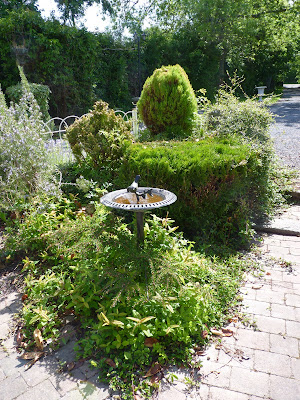 which, thanks to Ireland’s rude fecundity, is bursting at the seams with growth. Father is engaged in a constant Man vs Nature battle and Nature trounces him at every turn. 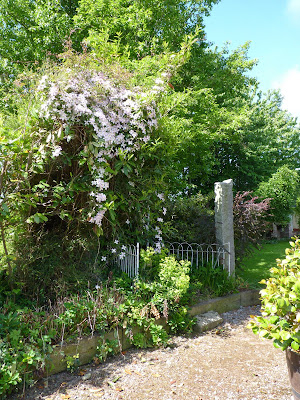 But it’s not only the humans who’re pooped in this weather. The animals aren’t used to it, either. Both the cat and dog have found themselves choice locations to snooze in: 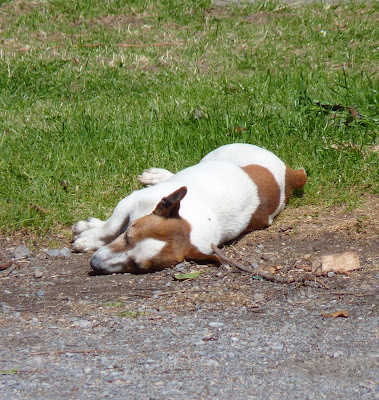 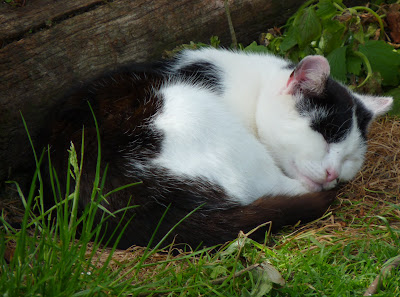 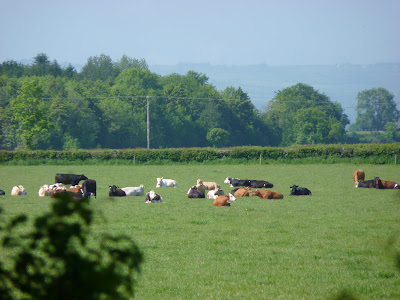 Posted by The Gingerbread Lady at 5:19 PM