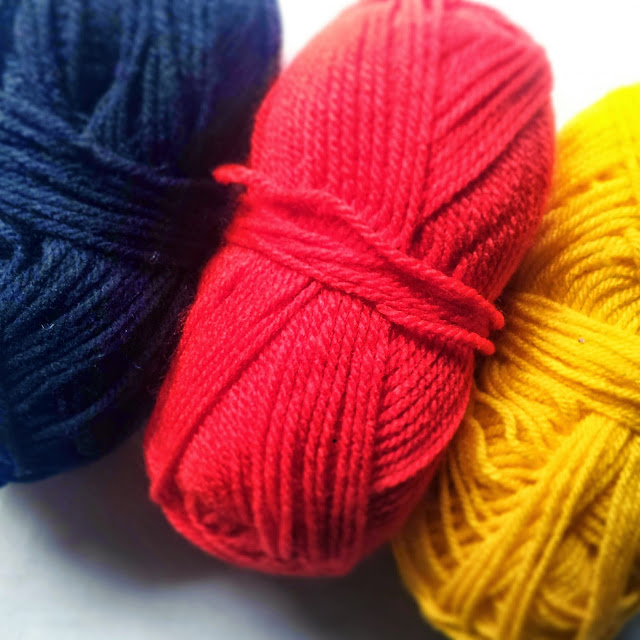 Happy 4th July, American readers! And belated Happy Canada Day, Canadian readers! Your official leaders had the good sense to place national holidays in the middle of summer, unlike the Germans (3rd October) or the Irish (17th March - I mean, come on. What are the chances of a dry day in Ireland, much less a dry day in March?)

Over here, we're in the midst of the World Cup, the football World Cup - or soccer, as people call it in places where football involves men in very tight trousers and Dynasty-style shoulder pads. This evening, Germany qualified for the quarter finals and a spontaneous street party erupted outside my house. The noise of cheery revellers aside, I'm very glad to see it: Germany has an uneasy relationship with displays of national pride. Their history makes it difficult for many Germans to discern an appropriate amount of patriotism: overt displays of love for the Vaterland often make people embarrassed or uneasy. Like a person who can only show emotion after a couple of drinks, tearful flag-waving often only comes after a victory in one of the big football championships.

And it's taken very seriously over here. Aside from the fact that people have flags hanging from their houses - which is probably utterly unremarkable to a lot of American readers, but extraordinarily rare here - 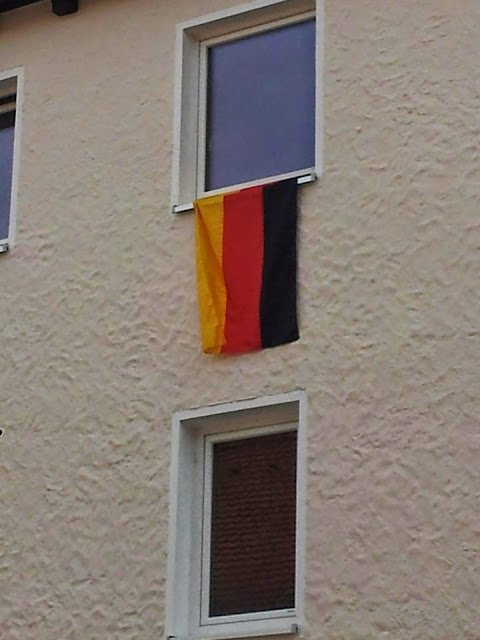 - news channels  report daily on the players' constitutions. Yesterday, we were breathlessly informed that seven of the players - yes, seven - were suffering from colds. Goodness! The big media groups are given a daily update on the team's schedules, thus we all know that they start training at nine and have a break after lunch for Kaffee und Kuchen. Yes, they might be training in tropical Brazil. but that's no reason not to stop for Schwarzwälderkirschtorte and Donauwelle at 3.30 in the afternoon.

Were that not exciting enough, an octopus called Regina was appointed the official World Cup oracle.  I don't know what qualified this particular octopus to forecast match outcomes - I wasn't aware of octopuses' footballing talent in general, though having eight tentacles does suggest a certain advantage - but the sight of her flailing around her aquarium warrants a good 20-minute report on many TV channels and a terrible number of newspaper columns. (She predicted a draw for the Germany/USA match, by the way, which might have attributed to the rise of a new fortune-telling star, a pig - as yet unnamed - which is apparently having good luck picking out the winners. We wait and hope.) 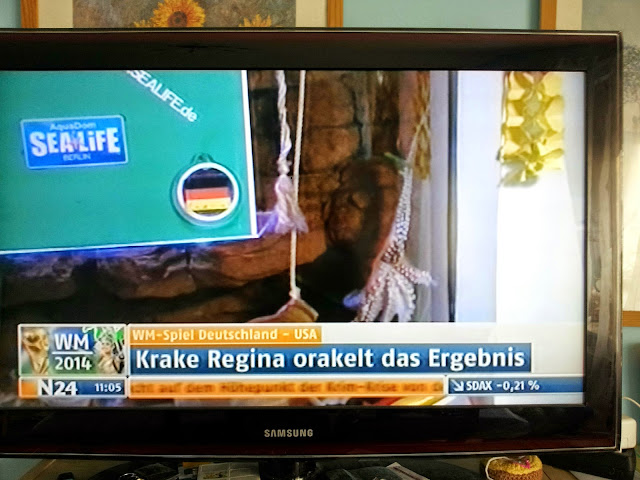 Worst of all, however, are the bandwagon fans, of whom I am the leader. You know who we are - you might even be one yourself. I know nothing about football, neither the tight-trousered nor the baggy-shorted variety. I never watch a football match from one end of the year to another, except when there's some big tournament, like the European Championships or the World Cup - and luckily they only come every four years, because 90 minutes of football at a time is exhausting. All the more so, because I have to support Germany, my adopted home, and Ireland, my real home. Being a supporter of the Irish team is just pure heartbreak: we seldom qualify, we're better known for our ability to sing than to play football. Our fans are universally loved, but our football team seldom qualifies. But when the Germans play, I mutate into the kind of smart-alecking back-seat football player (mashing idioms there, for the laugh) that must make anyone who knows anything about football rolls their eyes.

And I have this from my mother, who - on the rare occasions when Ireland do play - turns into a raging fury: "Come on! COME ON! What the heck are you doing? PASS THE BALL! PASS THE BALL! For the love of God, that was a foul! Is the referee blind?" (alarmingly, in real life, there's a lot of bad language, too. From my mother. Good job it's only every four years.) She knows as much about football as I do, we could fill the back of a postage stamp with our combined knowledge.

All of which I will proudly demonstrate when shouting at the television next .. um  ... weekend, when Germany plays ... eh, another team. Oh, okay, I promise I'll know a bit more by then. In the next few days, though, I'll make important-sounding noises about the team's form and how well their opponents ... eh, ... France, yes, of course, France - played.
Ahem.
Posted by The Gingerbread Lady at 10:41 PM

Ah, yes, the bandwagon fans! I am one of those allright... But this time around I can hardly manage watching a full match for fear of overexcitement and/or heart palpitations; I shout and use all sorts of very unkind comments as if I know what I am talking about. Wish me luck and good mental sanity tonight (Netherlands-Costa Rica)! I do love seeing some flag waving national pride around me though, that is something we seem to be lacking in regular life. Hup Holland!

Well you must be thrilled with the outcome of yesterday's game! I always take the Austrian approach to football: "I really don't care about it and I never watch it and I really don't care who wins that thing as long as its not Germany!" No idea where this long-lasting grudge comes from! But this year is different! I'm off to Hamburg today and will still be there on Sunday! And I visit a veeery football-crazy friend! And for the first time in my life it wouldn't bother me if Germany would win as I am in Germany at that time. Though I would never admit this in front of ANY Austrian I know! Go Germany! ;)